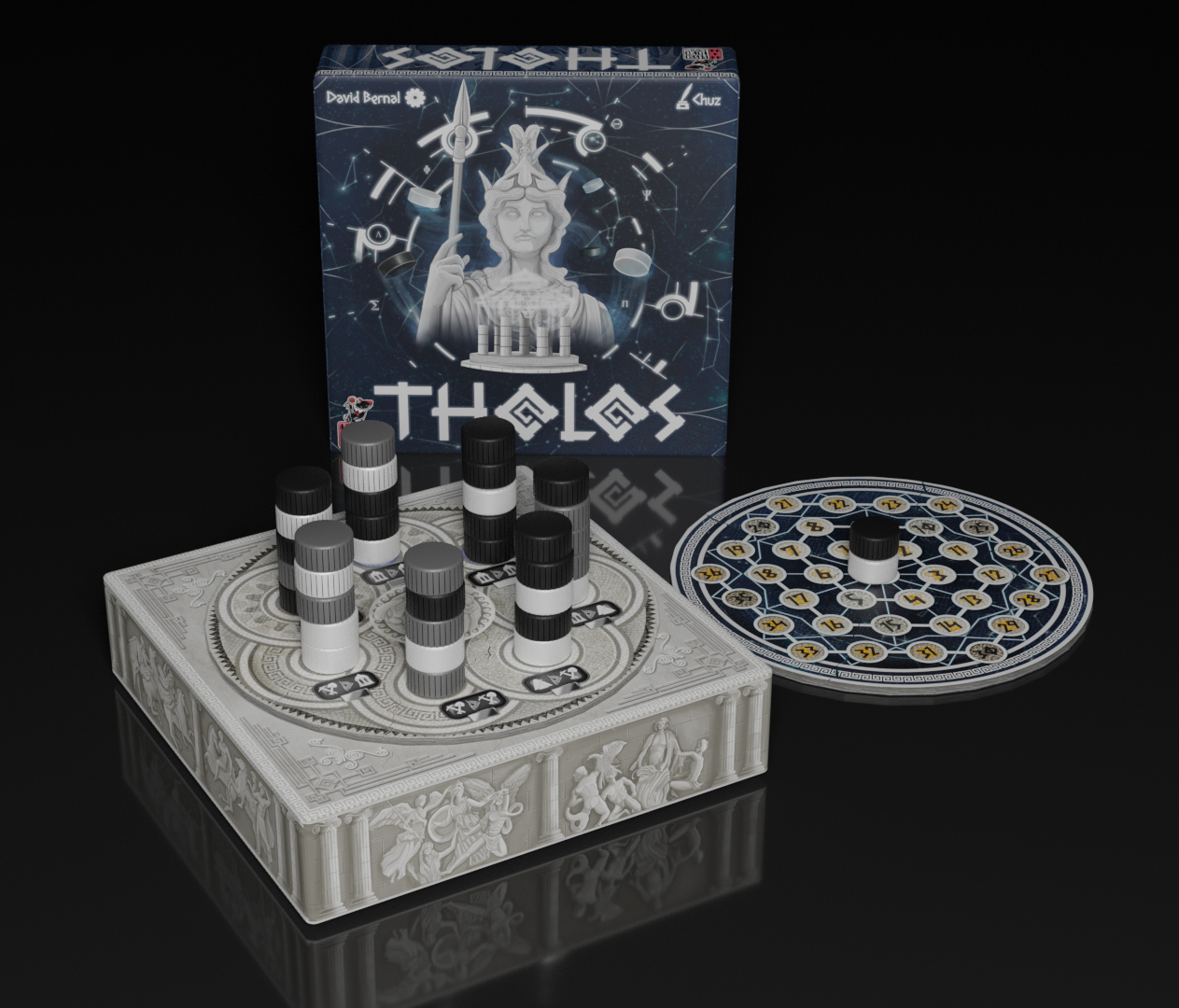 This images are renders, not an image of the final product

Mythology tells that Zeus sent two eagles to fly from two opposite points of the world. Where these birds met, Zeus would place the Omphalos stone to mark the center of the universe. The Tholos of Delphi, inside the Sanctuary of Athena Pronaia, would be built as a place of worship and veneration as a sign of this sacred place.

Take part in the construction of the Tholos of Delphi, the temple that marks the center of the universe marked by Zeus and built inside the Sanctuary of Athena Pronaia. As a builder, face your opponent in a duel and achieve the greatest influence within its sacred construction. May the gods be propitious to you!

What is the game about?

In the game, players play the role of builders vying to gain the most influence within the temple through the construction of its characteristic colonnade.

An elegant two-player majority game where there is always room for revenge.

Taking turns, players will place stones from their workshop on the columns, triggering special actions depending on where they are placed. When all 7 columns are completed, the scoring is done.

This images are renders, not an image of the final product