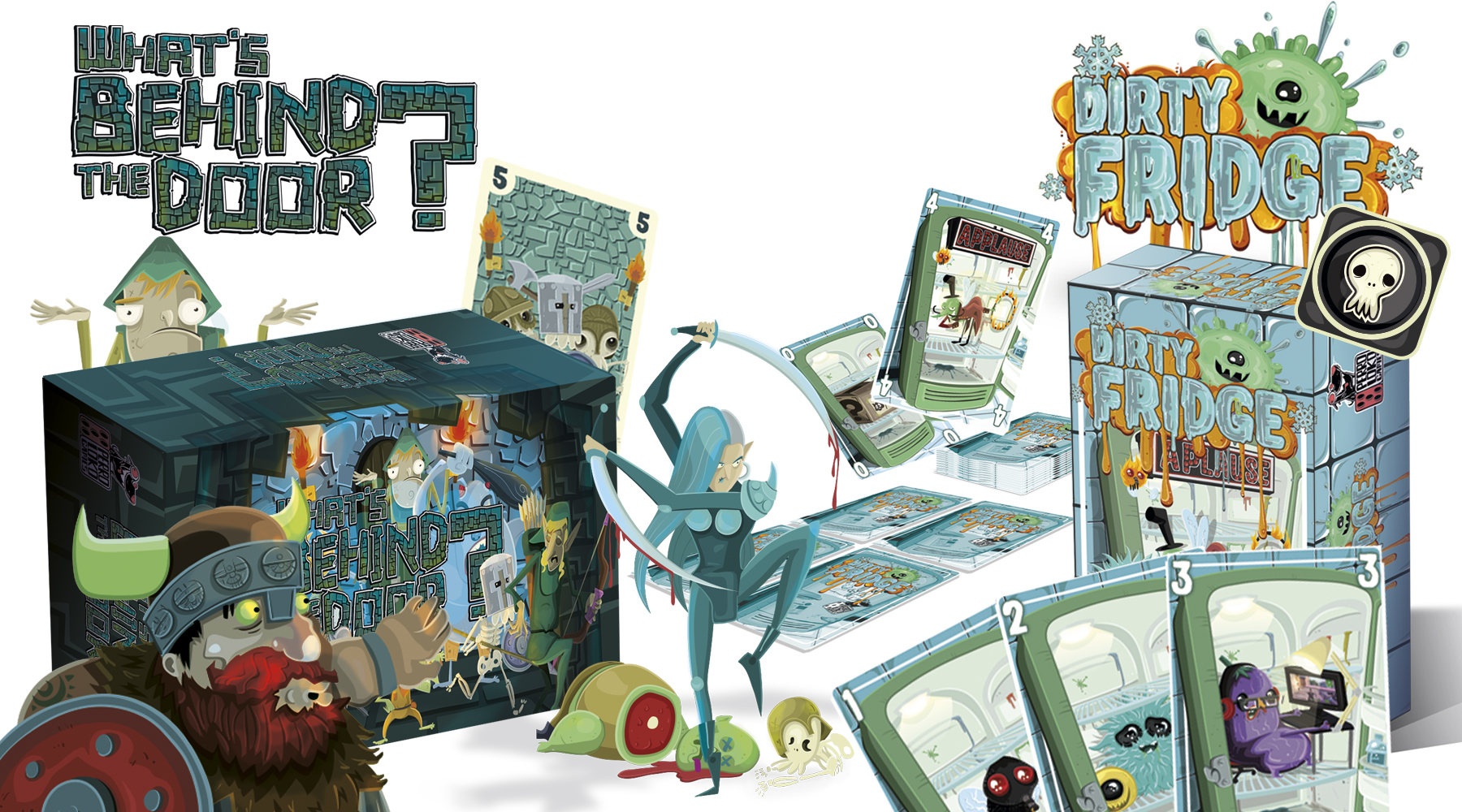 “After a well-deserved vacation, coming home was the ultimate reward… your couch, your bed, your mug, your pillow, your shower… everything! How easy it is to be happy. However, the arrival was not so pleasant, everything smelled bad and is because you left the refrigerator with food!. First of all, the food was gone, secondly, maybe you should think about how to get rid of that… DIRTY FRIDGE”

DIRTY FRIDGE is a dynamic game with lots of interaction between 2 to 6 players and with games lasting from 5 to 15 minutes.

At the beginning of the game, four cards are dealt face down which the players will place in front of them, this represents each player’s refrigerator. The rest of the cards minus the Cloth card will be placed in a deck in the center of the table.

The Cloth card remains in the center of the table.

Each player may only look, at the beginning of the game, at their two closest cards

In their turn, each player will reveal a card from the Dirty Fridge deck and have two options:

Exchange the revealed card for a card from your refrigerator

Or, perform the action of the displayed card. The actions are:

When a player thinks he has the cleanest fridge he will take the cloth from the centre of the table, then a final round will be played and the player with the lowest value on his cards will be the winner!